Think back to the last memorable event you attended; whether a friend’s wedding, that Jay-Z concert that AMEX refused to let me buy tickets for even though Stubhub managed to get every last pre-sale ticket, or your kid’s pre-school graduation; chances are either you or someone in attendance stood out with their arm raised trying not to shake as they captured those moments with their phone, iPod, or tablet (and this person should really go away – forever). Our mobile devices make sense as our go-to gadgets; they help us share these moments with all our online friends and relatives with a few screen taps. The biggest problem is that your phone’s video will look shaky no matter how still you think you’re standing (also, you can exhale. I promise you your video will still look like crap). Tiffen’s Steadicam Smoothee promises to change that.

The Steadicam Smoothee is exactly like the Steadicam rigs you see on a film set or tv production studio, except it’s much smaller – it’s been shrunken down for use with either a Flip MinoHD, GoPro HD helmet camera, or iPhone (3GS-4S)/iPod Touch (4th Gen). Just like the their larger brethren, the Smoothee is solidly constructed giving your device some heft without being too heavy to operate one-handed. It’s a sturdy peripherral that gives a user confidence that it will get the job done.

The Smoothee’s assembly is also very conveniently simple as well; it’s esstentially two pieces – a stabilizing arm with gun grip-like handle and a mount (if you’ve ever used a tripod you can put this thing together literally blindfolded). Open the box and you’re almost ready to begin immitating Scorsesse.

The biggest problem is that it’s a solution trying to find  a problem. The Smoothee is advertised as being for video enthusiasts and vacationers, unfortunately most vacationers will consider buying a full camcorder before they look into a device like the Smoothee. The folks that may get the most mileage out of it however, are more serious videographers looking to experiment with getting decent cameras into smaller spaces. The Smoothee let’s you use shoot video with a smaller camera that can travel better and can be set up in places where a DSLR may seem too intrusive.

WHAT DO YOU THINK ABOUT IT

Remember when I mentioned that it works? Well that’s the best wasy to describe it. Calibrating the Smoothee took a little longer than I would like, partly because I was trying to find the most comfortable grip partly because a first time user will either heavily overestimate or underestimate the rig’s weight. Once you’ve set it up for the first time though, you’re pretty much ready to use it anywhere else.

The Smoothee is a handheld camera stablizer and uses the gyroscopic handle and arm combination to make your lousy iPhone videos less shaky and more watchable, but that’s it – you’re still limited by the camera that you’re using. In theory a smaller camera would mean that it would disappear more into the scenery thus helping you capture more intimate (read: unposed/scripted) moments. Unfortunately due to the additional size of the Smoothee, you get more heads turning trying to figure out what the hell you’ve got in your hands than going with a naked iPhone or other supported device.

Still, the Smoothee lives up to the Steadicam name, it’s solidly built, easy to use, and of course, smaller. Now your relatives can go around thinking they’re shooting the next Citizen Kane.

[Update:] For more Steadicam Smoothee, check out our gallery below or Tiffen’s product page here. 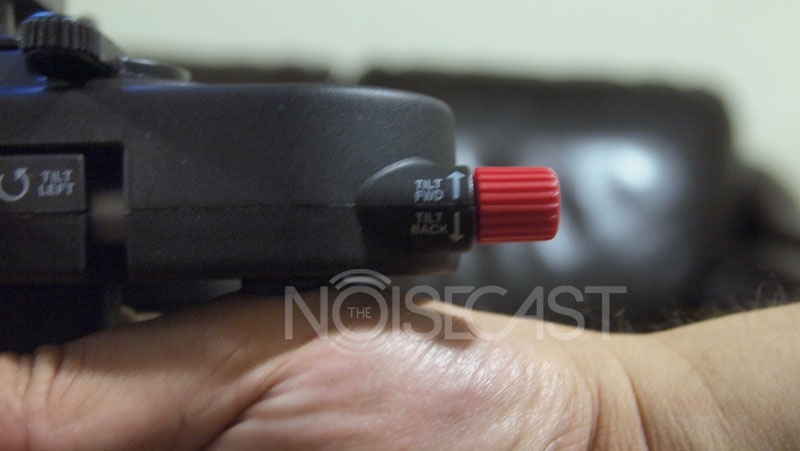 One thought on “The Steadicam Smoothee – A Noisy Review”